Acacia Communications had a strong presence at this Year’s Simmons Leadership Conference, which is considered to be the premier women’s leadership conference in the world. The theme this year was Designing Success, focusing on the need for constant adaptation and reinvention in our increasingly fast-paced world. It was inspiring to be among such a diverse range of exceptional women leaders, each with their own fascinating stories about defining their own measure of success. The conference was a reminder of how much women have achieved professionally and showcased some incredible stories of endurance, determination and guts! 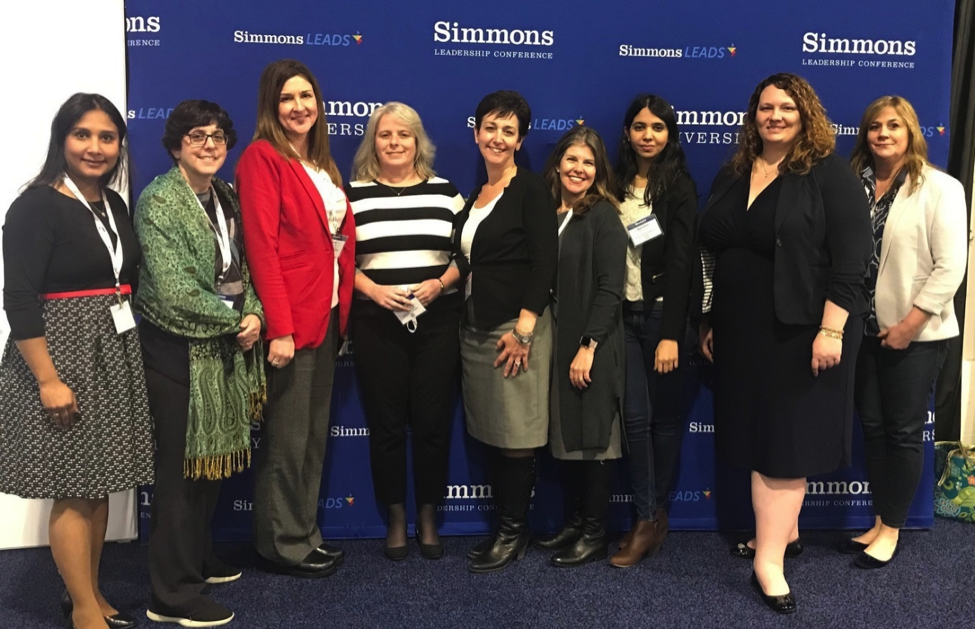 The team representing Acacia at the Simmons Leadership Conference

My favorite talk was by Susan O’Malley, American Sports Executive. I found it so impressive that she was running a national sports franchise at age 29. I think her Seven Rules can benefit everyone, so I’ll share those below:

I was proud to attend the conference with the strong group of women we have at Acacia. Each one of us was impacted in a different way. Here’s what some of my colleagues had to say:

“Julia Gillard, the former Prime Minister of Australia, was my favorite speaker of the day. Her suggestions on how to accelerate the rate of change were powerful: recognizing unconscious bias and checking and correcting our own judgments towards other women; making a point to involve men in the conversation and journey; and shifting the conversation away from “gender wars” and playing the “gender card” which tends to stop the conversation and thereby benefiting the people who are engaging in the discrimination in the first place. As she noted, gender issues are hard and require a lot of work.”

“I was impressed by the diversity of the women who presented both as keynote speakers and in the breakout sessions. There were so many different professional fields represented as well as nationalities and ages and all had a common theme – they defined their own success, led by example and encouraged others to do so. There were many messages and examples I heard and experienced throughout the day supporting that theme that I will keep with me. I was happy to share such a great day surrounded by the smart, funny women of Acacia.”

“During Julia Gillard’s speech, I was struck by the university study she referenced titled “What’s in a Name: Exposing Gender Bias in Student Ratings of Teaching.” This study was a blind online teaching experiment showing the subtle hidden gender biases we all carry around with us. During this study, the same instructor received different ratings depending solely on their perceived gender. Regardless of actual gender or performance, students rated the perceived female instructor significantly more harshly than the perceived male instructor, which suggests that a female instructor would have to work harder than a male to receive comparable ratings. The results of the study indicate that the bias observed was not a result of gendered behavior on the part of the instructors, but of actual bias on the part of the male and female students.”

“I also enjoyed the opening speech by Susan O’Malley and thought it was a great start to the day. She was humorous and engaging, and her seven rules for Leadership and Life were spoken about long after her speech was over. I particularly liked Rule 1 ‘Make your Bed’, which is the idea that motion creates motion and doing the little things right can affect the big things in your work and home life.”

“One of the biggest things that resonated with me was when Julia Gillard said, “you shouldn’t let the urgent get in the way of the important.” It’s important to remember to take more quiet time to reflect and focus on long term goals, both at work and personally. I think it’s important to carve out time when we can tune out the constant flow of “urgent” messages, so we can devote time to long term projects that keep getting pushed to the wayside.”

“I also thoroughly enjoyed the opening keynote speech by Susan O’Malley. Being an American sports executive who was the president of the Washington Bullets is an achievement that is applaudable and very inspirational. Two of her rules stood out to me, ‘Always strive to be better at your craft’ and ‘Have fun.’ I believe life is a learning curve and change is the only constant. Striving to better oneself to adapt will always generate positive results. The highlight of my day was taking a picture with her.” 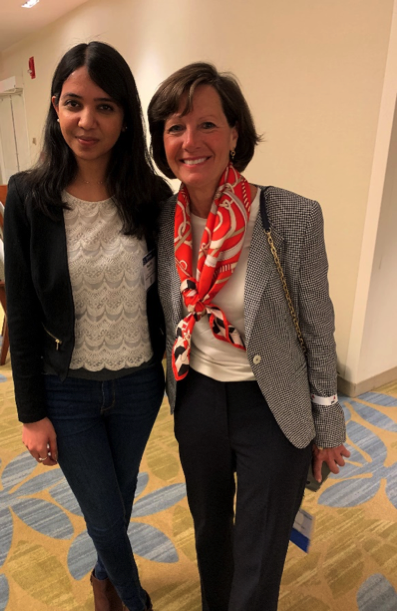 “I found the seminar on deception to be enlightening. We all think we can spot liars because occasionally we do, but unfortunately, the statistics on lying are insanely high. For example, for married people, a lie occurs 1 out of every 10 interactions, and for people living together, it is 1 out of every five interactions. As the presenter pointed out, lying is a cooperative act and connects wishes/fantasies with reality. Power emerges when you agree to believe the lie, which means that if you are being lied to, then you are complicit.”

In summary, I think I speak for all of us Acacia ladies when I say we are already looking forward to next year’s conference. We are so fortunate to work for a company that supports our growth and development and this conference is a nice reminder of that!