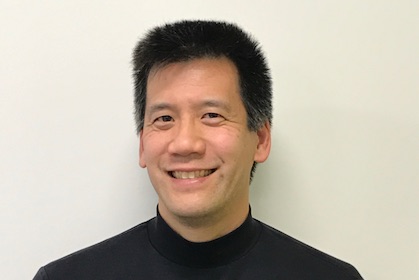 As we continue celebrating Acacia’s 10 year-anniversary in 2019, we caught up with Bennet Ih from the ASIC team who had some great stories about Acacia’s first 10 years. Bennet was employee #14 when he joined the company on March 15, 2010. And yes, he remembered the exact date he joined! At the time, Acacia’s first product was still in development. “We were a start-up selling a product idea,” he said. “Everything we did was from scratch and we worked really hard to build the company, the processes and procedures that we have today.”

Bennet says it was a former employee that recruited him to come to Acacia. At the time, he was in a management position doing ASIC design for another company. This previous company was having a hard time lining up customers which was a stark difference to Acacia even in those very early days. “Customers were very interested in having Acacia’s first product even before we had anything to sell,” he recalls. Bennet knew that having customers so interested was a great sign (and a nice change) so he quickly joined the team.

Like most start-ups, space was limited in the early days and employees were just happy to have a place to get their work done, even if it was small. As you can imagine, working in a small office space can lead to some funny stories. Bennet remembers one in particular. Early on, they had a finance contractor doing some work on-site in one of the few “walled” offices. For weeks, Bennet and his colleagues (who were working in the next room) kept hearing this odd ding noise that sounded a bit like your smoke detector chirp or a bird chirping. After a while, they finally figured out that every time the finance person paid an invoice, a ‘ching’ sound would go off.” Bennet said the realization that the ding meant money was leaving the company put that sound in a different perspective for everyone, and stressed the importance of bringing a product to market as soon as possible.

On a Mission to Succeed

One of Bennet’s favorite memories was a PowerPoint slide that Acacia’s first VP of Sales used to share at company meetings. The slide had a variety of company logos in different columns. Starting from left to right were columns for early engagement, memo of understanding, signed agreement, and initial deployment. “It was fun to watch new logos show up and watch other logos migrate from left to right across the slide,” he said. Bennet said that this was a very impactful way to say that the company was expanding its presence and growing its business.

According to Bennet, Acacia went from selling an idea to a real player in the optics industry. “That was incredibly satisfying,” he said. “Now I walk into our offices with all these people around, and I’m proud of what we have accomplished.” Bennet said he has worked for a number of start-ups, but it was Acacia that has been the most successful. Bennet says that being a part of the team that grew Acacia from virtually nothing to an established company gives him an enormous amount of satisfaction. “That is the best thing about my job,” he added.

Bennet still works in the ASIC team today. His current title is Manager, ASIC Verification Group. “The ASIC team needs to simulate everything ahead of time so that when the chip goes through manufacturing it works the way we designed it to,” he says. He believes that the success of Acacia’s ASIC chips is the result of the incredible talent that resides within the walls at Acacia.

Bennet gives credit to Acacia’s DSP team where he says the real magic with chips happen. “They are crazy smart people that come up with these algorithms and tell us to build it,” he says. Bennet says he doesn’t always understand the math behind it, but when they say they want something, his team gets it done. The thing that amazes Bennet most about Acacia’s DSP team is the quality of their work. “I’m not a particularly easy person to impress, but their quality has always been amazing and I have been continually impressed,” he added.

When asked what he thinks has changed the most since he joined 10 years ago, Bennet says the main difference is that he came in as an individual contributor and is now in a technical management role. He says the nature of the work really had not changed that much, but that the complexity of the chips has increased to address new markets. “Every time you add a new feature or protocol, it exponentially increases the complexity of the design,” he said. Bennet says it’s interesting to look back at Acacia’s original chips compared to the company’s newest products. “Our current chips are a fraction of the size and consume much lower power than the company’s first chip,” he said.

We asked Bennet what Anniversary wish he’d like to give Acacia. He said that he wishes many years of continued product innovation. We do too Bennet. Thanks to incredibly talented employees like you who took the chance at joining a start-up 10 years ago, we are on track to do just that.