This month in our series of Employee Spotlights, we sat down with Dave Mullert, the Mechanical Engineering Manager at Acacia. Because these articles are part of our year-long celebration of Acacia’s 10-year anniversary in 2019, Dave was the perfect employee to highlight! He is what we call a “long-timer” around here. In fact, he started working for Acacia before ‘it was even Acacia.’ 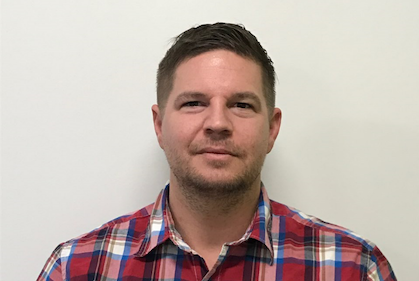 I’m Starting a Company – Can We Talk?

Dave remembers the day clearly when he got a call in 2009 from Mehrdad Givehchi, one of the original founders of Acacia, while sitting in a Dunkin Donuts parking lot. Mehrdad told him that he and a few others were starting a new company and asked him to sit down with him and hear about it. They met soon after and that’s when Dave first heard about their vision to connect optical networks using standard silicon connections. Dave was instantly intrigued and interested. He had worked with Mehrdad previously and trusted him and his track record of success, so it didn’t matter that the company had no name and no product. After this first meeting, Dave joined as a consultant and then a few months later (in late 2009, early 2010) he joined full time as the sole mechanical engineer.

What’s in a Name?

When Dave first started working with Acacia, there were only a handful of people working together, which included Benny Mikkelsen, Christian Rasmussen and a few other employees. “They were all visionaries,” said Dave. It was around that time that they chose to name the company Acacia Communications. The team was considering naming the company after a tree because of its analogy to something that grows to be big, strong and resilient. One day they were walking around Boston Commons looking at tree names when they saw an acacia tree. They knew instantly that it was the perfect name – and that is how Acacia Communications came to be.

“The early days were like the wild west,” said Dave. “It’s fun to look back at that time considering that we are now a publicly traded company that is more structured, organized and process oriented.” In those early days, Dave remembers the excitement, the teamwork and the sheer brilliance of the people he’s been fortunate enough to work with at Acacia. “We have always pushed the envelope as far as emerging technology, so we are always working on new things,” he said. “When you aren’t doing copy-cat products and just making improvements on prior designs, it’s very exciting and that is what we did, and continue to do.”

While the early days were hectic and crazy at times, Dave said it was also a really fun time, for many reasons. “I have so great memories and one that stands out is employees playing ping pong in the hallways,” he said. “It was also funny seeing some people sit on milk crates in the lab because we didn’t have enough chairs at the time.” He says their first lab was the size of a glorified closet, but they thought it was huge. They were just happy to have a lab and they all loved what they were doing. Looking back from then to now, Dave says that first lab was about the size of one of their conference rooms today in Acacia’s Maynard office.

Dave is currently in charge of the physical layout of the modules and transceivers along with the thermal management at the system level. He works with manufacturing, operations and also hardware/layout groups very closely. He also interacts regularly with customers, noting that the culture at Acacia has always been to develop products that customers need to win in the market place. “I sometimes work with customers on a daily basis because ultimately, their success is our success so we all want them to win first and foremost.” It’s that type of mentality that has enabled Acacia to continually disrupt the optical communications industry. The company has a track record of delivering industry-first technology that has helped solve our customers’ greatest optical networking challenges.

Dave says he loves how the whole company works together to help one another succeed, and he really likes working in Maynard. “It’s a great place to work,” he said. “We have a really nice downtown and I can mountain bike at lunchtime with the two state forests nearby.”

Dave was also quick to point out the talent they have at Acacia. “The talent at this company is the brightest of the brightest! Yet even with the degrees, experience and sheer talent, everyone is very supportive of each other and if you have questions, there is always someone who knows the answer, and always someone that knows more than you.”

When we asked Dave what his Anniversary wish would be for Acacia, he said something so indicative of the culture at Acacia. “My wish is that all of our employees stay happy and healthy,” said Dave. We wish the same for you Dave. Thanks for being such a trail blazer back in the very early days. Without you and the handful of employees you worked with in that tiny glorified closet you called a lab, the Acacia we know today would not exist. Happy Anniversary to you too. #Acacia10.