Fresh off the heels of ECOC last week in Dublin, Ireland, Acacia heads directly to New Orleans. No, we’re not going to Mardi Gras. It’s even better – we’ll be at the biggest event in cable and telecommunications – Cable-Tec Expo – which is taking place Sept 30-October 3rd. 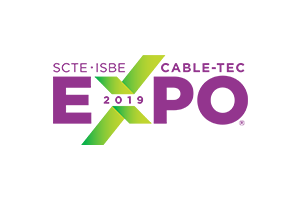 Considered the focal point for thought leadership, engineering innovation and deal-making, Cable-Tec is the premier venue to learn how cable is improving services today and spearheading bold new approaches for the future, including 10G, IoT, artificial intelligence, machine learning, data analytics and more. This year’s Expo is even more special as it celebrates two milestones – SCTE•ISBE’s 50th anniversary and entry into the 10G Era.

Coherent Technology for Cable Access
One major trend we expect to be discussed at this year’s Expo is how access networks represent an emerging opportunity for coherent interconnections. To support this, the cable industry has been driving standardization of coherent for access aggregation in this segment for quite some time.

As the hybrid fiber-coax (HFC) networks evolve toward remote PHY architectures, fiber is being deployed deeper in the network, resulting in increased available bandwidth to residential end-user customers, while eliminating bottlenecks in the HFC network. 10G optical interfaces are pushed closer to the end users resulting in aggregation points in the network where 10-20 remote PHY devices come together. 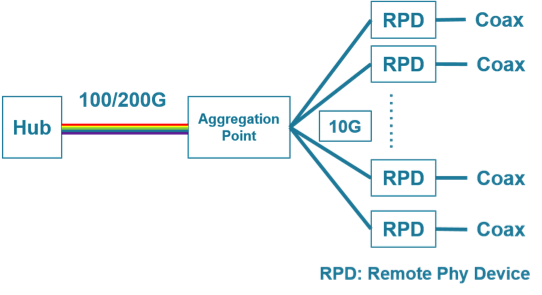 Acacia believes that coherent can be an effective way to transport these aggregated signals back to the hub. In some cases, it may only be necessary to transport a single coherent wavelength back to the hub, but since coherent is inherently a DWDM technology, this approach could provide the capability to expand capacity by up to two orders of magnitude in the future.

Come See Us
If you are attending the Cable-Tec Expo 2019, we’d love to catch up with you while we’re there. Follow this link to set up a meeting and we’ll get back in touch ASAP. We hope to see you in New Orleans!