Under the Sea at Submarine Networks World

The world’s leading annual submarine communications gathering – Submarine Networks World –  takes place this week virtually. Despite other communications networks being adopted, subsea networks still transport more than 99 percent of all intercontinental traffic.  The increase in the amount of people working from home in 2020, increases in e-commerce, more online digital platforms, and reliance on big data have all led to an increase in global bandwidth demand and a key factor driving the growth of the submarine cable system. There are currently hundreds of submarine fiber optic cables buried in oceans around the world stretching over approximately 750,000 miles that connect land cables from one continent to another. It’s these same cables that enable Submarine Networks World to be brought to you live into homes and offices this week. This cable map from TeleGeography provides a comprehensive view of each cable’s owner and endpoints. 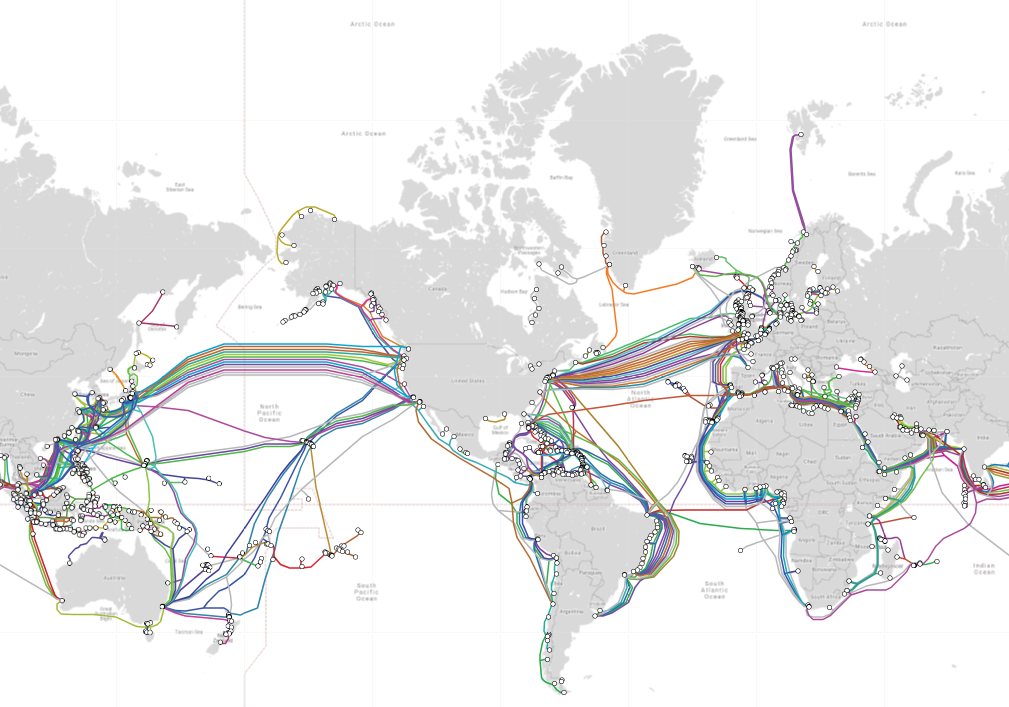 Submarine networks are critical pieces to the global flow of network data. While submarine cables were traditionally owned by telecom carriers, it’s been the content providers themselves, such as Google, Facebook, Microsoft and Amazon that have started investing in the build-out of new undersea cables in recent years to ensure they meet the internet bandwidth required for the cloud and streaming media services they provide. Key to meeting this demand is the use of fiber optics technology and advanced coherent transmission systems in both new and older cables.

Maximizing Transmission Capacity is Critical
Because it’s very expensive to build and lay undersea cables, maximizing transmission capacity is extremely important. However, a key challenge with submarine cables is overcoming chromatic dispersion and non-linear impairments which reduce capacity. In this video, Acacia’s Valeria Arlunno explains how using coherent optical communications technology overcomes this challenge.  As Valeria points out, to help maximize capacity and spectral efficiency, additional Digital Signal Processing (DSP) features are required. Continuous adjustment of the coherent modulation format and baud rate have enabled submarine network operators to improve the performance by finely tuning the balance between capacity and impairment penalty. In a submarine link, these fine-tuning capabilities are a key asset is maximizing the cable capacity using coherent optical transmission in either new or legacy fiber. These key capabilities are embodied in Acacia’s 3D shaping technologies in the Acacia Pico DSP.

In this blog, they discuss how they were able to demonstrate the benefits of the NCS 1004 over a subsea cable in production. The cable Cisco tested ran over 10,000km with accumulated chromatic dispersion of 210,000 ps/nm. This cable was designed as an open cable and had a ROADM line system already deployed with over 20 percent of the spectrum consumed by 200G channels from a current generation transponder. As part of the trial with the NCS 1004, Cisco tested 200G and 300G over different baud-rates across different parts of the spectrum.

With this test, Cisco’s solution achieved significant milestones. The NCS 1004 drove a single wavelength of 300G over a 10,000km sub-sea link. The spectral efficiency achieved was 43 percent better than any other option available in the industry today. As part of the testing, Cisco validated multiple combinations of bits per symbol and baud-rate for 200G line rate that provided granular control of spectral efficiency and Q-margin. This was demonstrated with the NCS 1004 operating as an alien wavelength over an existing third party SLTE platform running live traffic.

In addition, Cisco and Superloop announced two deployments of up to 400G for 4600km on the INDIGO West cable from Singapore to Australia, and the INDIGO Central cable from Perth to Sydney, featuring a two-fibre pair ‘open cable’ design with new spectrum sharing technology.

Connect with Us
Even though Submarine Network World will be virtual, we expect it to be an informative and interesting show – and we expect coherent technology to be a key topic to address growing bandwidth demand. To learn more about Acacia’s coherent optical solutions for submarine cable applications, contact us to set up a meeting.