400G Pluggables Usher in an Architectural Change to High-Bandwidth DCI

Bandwidth demands continue to grow, putting pressure on cloud providers to increase the data center interconnects (DCI) that link their facilities around the globe. This has driven the emergence of new architectures that can support coherent transport in the same form factors as client optics, thereby satisfying those demands in a cost-effective and operationally efficient way. 400G pluggables were designed to be plugged directly into switches and routers, offering the same density for both coherent DWDM and client optics in the same chassis.

This article looks at the work that has been done to bring 400G pluggables to market, starting with a historical perspective on the 400G standards that have been put in place including 400ZR, OpenZR+, and Open ROADM MSA. It also looks at the evolution of silicon photonics, which is now moving beyond proof of performance toward greater focus on advanced packaging technologies that fully leverage the benefits of silicon photonics. This combination offers the potential for improved performance, lower power, scalability, and reliability in small, cost effective form factors.

In late 2016, hyperscale network operators approached the Optical Internetworking Forum (OIF) and proposed a new project, known as 400ZR, targeting DCI edge applications up to 120km, with an objective to target power dissipation of less than 15W. 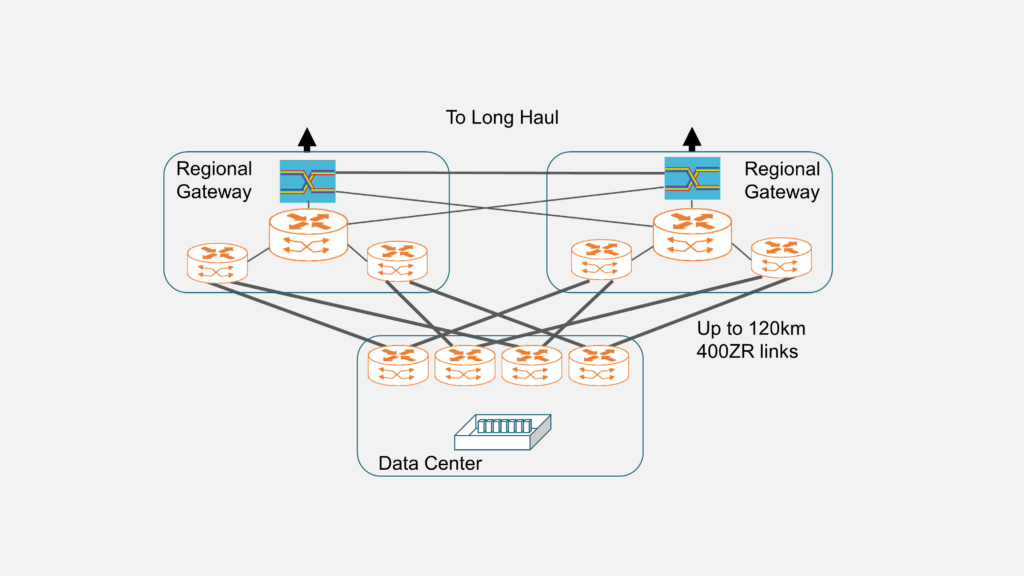 The primary 400ZR use case is to apply the technology to DCI edge networks in Data Center Networks.

A comparison of the power trade-offs between modulation format and baud rate led to the adoption of 16QAM at approximately 60Gbaud, and a concatenated (hard-decision + soft-decision) FEC, which supported low-power and sufficient coding gain for the edge application, was selected.

While 400ZR benefited from a well-defined target application, some carrier applications needed features that were excluded from the 400ZR standard, such as the ability to support multiple rates, multiplexing functionality and additional protocol types such as OTU4 DWDM. Carrier applications also have more stringent performance requirements than 400ZR with less focus on density. For these carrier applications the CFP2-DCO form factor provides a good combination of performance, pluggability and density.

In the same timeframe, CableLabs developed a coherent interconnect standard to address the access aggregation requirements of the cable industry. The data rates targeted for this standard were 100G and 200G. This application has its own unique set of requirements but CableLabs recognized the benefit to align with standards activity taking place in the other bodies. It was decided that alignment with the 100G and 200G standards in OpenROADM offered the best combination of benefits for this application, including the high performance openFEC for 200G. The CableLabs standard utilizes a common protocol with OpenROADM, but defined optical specifications that address the specific requirements of the cable access aggregation application.

In late 2019, a new mode was introduced to combine the focus on ethernet traffic of 400ZR, the performance of the OpenROADM specification, and multi-vendor interoperability in order to provide network operators with an operationally efficient solution for DCI applications with reaches beyond 120km. This was known as OpenZR+. The OpenZR+ mode maintains the simpler ethernet-only host interface of 400ZR, but adds support for multi-rate Ethernet and multiplexing capabilities at 100G, 200G, 300G or 400G line interfaces with higher dispersion tolerance and higher coding gain using openFEC selected for standardization by the OpenROADM MSA and CableLabs. These enhanced modes allow an OpenZR+ module in a QSFP-DD or OSFP form factor to support reaches well beyond 400ZR.

The use of coherent optics in switches and routers can simplify architectures, resulting in reductions in CapEx and OpEx. The volume driven by DCI applications, combined with higher performance standards, also has the potential to drive more traditional transport applications toward CFP2-DCO solutions. 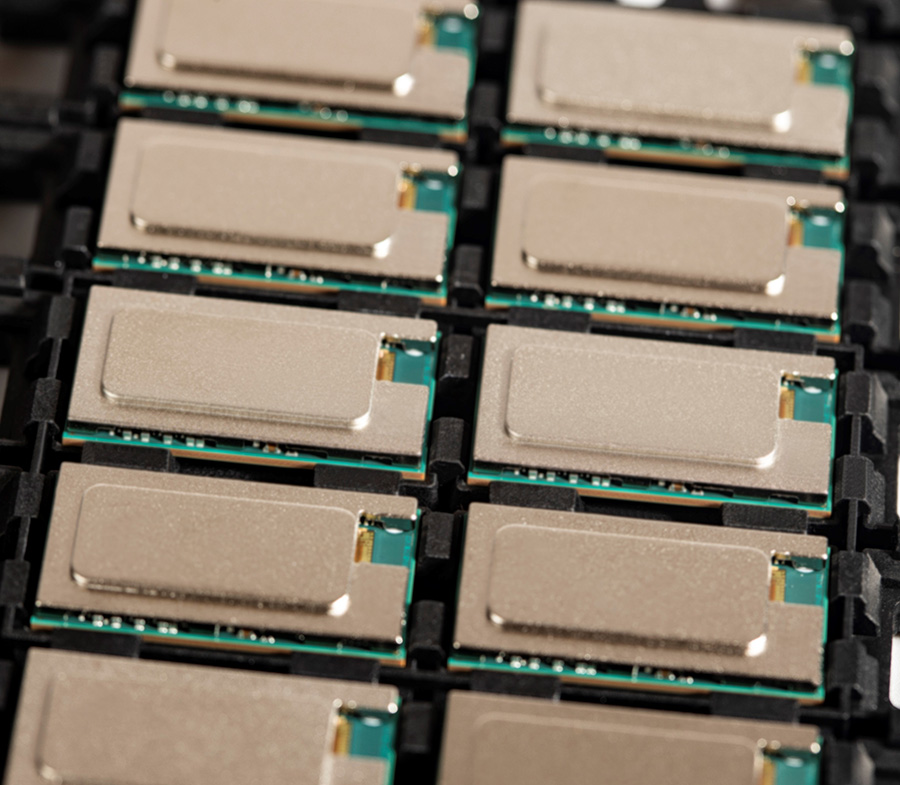 These solutions are targeting volume applications at cloud providers that are looking for solutions that can scale to meet their demands. By utilizing its 3D siliconization, Acacia has been able to move from traditional optics manufacturing, utilizing semiconductor processes to enable these pluggable modules to be made in volume. The company focused on developing advanced packaging technologies to leverage its proven silicon photonics technology. As a result, Acacia was able to take the DSP and optics and turn them into an opto-electronic component that can offer increased reliability and a volume-repeatable process.

Acacia’s new 400G pluggable module family builds upon the technology leadership that Acacia has demonstrated in the coherent module market. For example, the company has shipped more than 200,000 coherent silicon photonic integrated circuits since 2014.

As Acacia brings these new modules to production, it will continue to focus on operational scale, quality and reliability. Due to the industry standardization efforts discussed earlier, pluggable coherent architectures are expected to become more widespread in the future. Acacia was an early innovator in this space and plans to continue executing on the DSP, optics and packaging technology needed to enable these solutions, both from a performance and an operational perspective.