Last week, Acacia introduced coherent ZR Optics solutions for CFP and CFP2 Pluggable Modules. Let’s take a look at why these solutions have evolved to address the need for growing capacity in network access and edge applications.

In today’s environment, cloud services, broadband and 5G applications are imposing significant bandwidth demand in access/edge networks. And the need to upgrade from 10Gbps to 100Gbps and beyond over the same distance is becoming increasingly important. We have, in a previous blog post, discussed how coherent technology has progressed from long-haul network applications to shorter reach applications (access, DCI/edge, campus). Because of its inherent intradyne detection and digital signal processing, a coherent transceiver solution fits well in these access/edge network environments that require ≥100G links to overcome high dispersion and high loss conditions. Also, designing coherent ZR transceivers with the same form factors as similar low-power consumption pluggables (such as CFP and CFP2) enable the access equipment to support different distances by simply swapping transceivers. 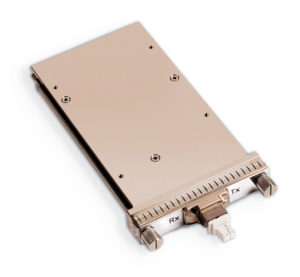 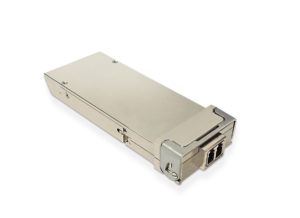 With this as a backdrop, to meet the need for growing capacity in network access and edge apps, Acacia introduced ZR coherent optics solutions to support unamplified applications beyond 40km reaches, extending to 80km and beyond. The introduced CFP-DCO ZR and CFP2-DCO ZR coherent optical interconnect products are capable of supporting the 18W power class that was widely deployed for 10km client applications.

Both Acacia’s CFP-DCO ZR and CFP2-DCO ZR modules have the ability to provide greater than 80km of equivalent loss budget and dispersion budget, over single mode fiber. Acacia’s CFP2-DCO can also support 200G over these types of links. We also expect to see industry support for 400G in the CFP2-DCO form-factor as well. These coherent ZR plug-and-play modules do not require external dispersion compensation or external optical amplification for 80km point-to-point distances.

Some may recall during the rise of 10G Ethernet, there was a period of time when terms like “SR” and “LR” meant different reaches whether one came from the “telecom world” versus the “datacom world”. To a telecom person, “SR” could mean SONET OC-192 “SR-1”, a ~10km single mode reach. Whereas, to a datacom person “SR” meant IEEE Ethernet 10GBASE-SR, a 300m multimode reach. “LR” to the telecom person could mean “LR-2”, an 80km single mode link. Whereas, to the datacom person, “LR” referred to a 10GBASE-LR 10km single mode link.

As stated in the beginning of this blog, “ZR” at 10Gbps refers to an 80km-reach optical link. The good news is that the current standardization efforts to define coherent “ZR”, primarily within Optical Internetworking Forum’s 400ZR implementation agreement efforts, also include 80km reach, with the current understanding is that the “ZR” generally refers to a coherent DWDM optical reach from 40km to 80km and beyond. Stay tuned to this blog for future posts on 400ZR developments.